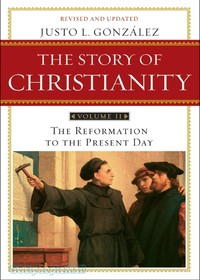 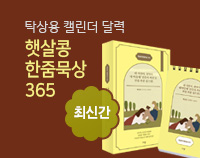 Beginning with the Protestant Reformation of the sixteenth century, this second volume of The Story of Christianity continues narrative history to the present. Historian Justo Gonzalez brings to life the people, dramatic events, and shaping ideas of Protestantism, Catholicism, and Orthodoxy during this period, keynoting crucial theological developments while providing fresh understanding of the social, political, and economic forces that influenced the formation of the church. In particular, the author notes recurring themes of unrest, rebellion, and reformation.

Gonzalez presents an illuminating record of the lives, impelling ideas, and achievements of such prominent figures as Martin Luther, Ulrich Zwingli, and John Calvin?movers and shapers in the emerging Protestant church. His biographical insights, in conjunction with vivid historical accounts, reveal how individual lives mirror and clarify core theological concerns and developments.

The interpretive overview of The Story of Christianity includes a thorough and timely analysis of the growth and maturation of Christianity, including events in Europe, the United States, and Latin America?the latter an area too often neglected in church histories, yet increasingly vital to an understanding of Christianity's historical development, present situation, and future, options.

Gonzalez's richly textured study discusses the changes and directions of the church in the traditions of Protestantism, Roman Catholicism, and Eastern Christianity. The Story of Christianity covers such recent occurrences as the World Council of Churches, the Second Vatican Council, the movement toward Christian unity, andmuch more. It concludes with a thoughtful look at the major issues and debates involving Christians today.