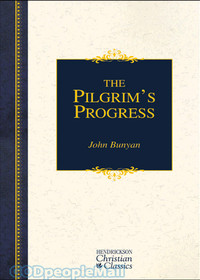 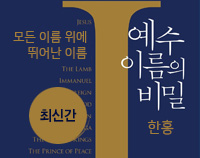 “This stunningly executed allegory has furnished the Christian imagination with names and situations that have now infiltrated most of our literature. Not often does something so popular manage also to be accurate.”
--Eugene Peterson, Take and Read

Once the most deeply cherished book in English-speaking households other than the Bible itself, John Bunyan’s The Pilgrim’s Progress is the allegorical tale of Christian the pilgrim on his journey to the Celestial City. Along the way, Christian encounters both worthy companions and dreadful adversaries. Although The Pilgrim’s Progress was written more than three hundred years ago, this stirring spiritual narrative still bears the power to challenge and encourage readers on their own spiritual journeys.

Hendrickson Christian Classics is planned to include all the timeless books that generations of believers have treasured. Each volume in the series is freshly retypeset, while thoughtful new prefaces explore their spiritual and historical contexts. For contemporary readers, here is an essential library of Christian wisdom through the ages.


In my journey through the wilderness of this world there came a time when I found myself caged up in a very dreary dungeon. Now how I came to be in that place, and what befell me there, is not for me to relate in this little book. What is for me to tell is the story of my dream. For, you see, while I was shut up in that most loathsome place surrounded by profligates and felons, I seemed to breathe the very atmosphere of heaven. Yea, 'twas there that I laid me down to sleep; and, as I slept, I dreamed a most wonderful dream.

In this amazing dream I saw before me the most miserable man I have ever seen. He stood before the front door of a very tumble-down and miserable excuse of a house. He was dressed in garments that would scarcely merit the title of clothing in the genteel place where you dwell. Rags is what they really were! More frayed and tattered than the clothing on any bag-man beggar you are ever like to see. His face was very sad and was, for the better part of the time, turned away from his house. In his right hand he held a little black book, and upon his back he bore a huge burden--a great big black bundle of a burden that looked as if it must shortly press him down to the ground. 'Twas a very mysterious burden that he carried, for, as large and heavy as it looked to me, I soon perceived that it was invisible to those about him. But you can be sure that it was quite real to him; aye, just as real to him as the burdens of your soul are real to you.

Now, as I beheld in my dream, I saw him open the book and read; and, as he read, he began to weep and tremble. He bowed lower andlower, as if his weighty burden was somehow growing even heavier. Finally, unable to endure any longer, he cried out with the most mournful voice I have ever heard, saying, "Oh, alas! Woe is me. Woe, woe, woe! Is there no one to help me?"

But to his despairing cry there came neither answer nor reply. He looked left, down the winding, twisting lanes of his tumble-down town and saw nothing but other people clothed in rags just as patched and worn as his own. He looked right, up the twisting, winding streets of his tumble-down town, and again saw nothing but more people in the same miserable state. In this dejected frame of mind he turned to enter his little tottering shack of a house. Once within that dreary little one-candle cottage, he tried his very best to act as normal as possible, lest he should alarm his wife and young children. But, try as he might, he could not contain the moans and groans that forced themselves from unwilling lips. Finally, noticing that his wife and children kept stealing quick, sideways glances at him, and seeing that keeping his silence only seemed to add to his sorrows, he decided to open his heart to his loved ones. And this is what he said:

Then said his dubious wife, Christiana, "Uh, burden? What burden, my dear?"

"I don't see any burden, Papa," piped up Matthew, his eldest son. To this the man replied,

"Can you truly not see it?"

"No," they chorused, all as one voice.

"Oh dear! What can I say?" he groaned. "For whether you can see it or no, this weight is about to crush out my life!"

"Dear, dear," said his wife, her brow deeply furrowed with grave concern, "An invisible burden so heavy as to crush out your life? What can it be?"

"Hear me! Hear me well, my dear ones. I have been reading words from this my little book."

At this his family exchanged one of those knowing glances that shouted silently, "Oh no! We were afraid something like this was going to happen."

At last Samuel, with strained politeness, ventured to ask, "And uh ... ahem, what do the words in your little book say, dear father?"

"They tell me that this, our city, will soon be burned with fire from heaven!"

"What!" cried his ashen-faced wife, with a shocked expression. "Burned down!"

"Yes!" he insisted, even more earnestly. "And in that fearful overthrow, we shall all miserably come to our ruin!"

"Oh, my dear husband!" she exclaimed, dropping her head into her hands with a moan.

"And, as for a way of escape," he added despairingly, "I can see none."

"No, none! None at all," he answered sorrowfully. "We are doomed to perish with this miserable town of Destruction!"

Now at these words his family was put into a state of shock. Not that they believed that what he had told them was true, mind you. Oh no! Certainly not! But rather because they conceived that he had gone stark raving mad! Therefore, since it was getting on toward evening, they served him a spot of hot tea with a touch of lemon and honey, wrapped his neck with a heavy, grey woolen rag, and bundled him off to bed. "There," said his wife as she latched the door quietly behind her, "A good night's sleep ought to settle his brains a bit."

But the night was just as troublesome to him as the day. Therefore, instead of sleeping peacefully, he tossed to his left and cried out: "Ah, woe is me! Lost and undone am I! All lost and undone!" Then there would be sighs and tears as he rolled onto his right moaning, "Ah, what shall become of me, wicked man that I am?" And so he spent the long lingering hours of darkness.

Now when morning was finally come, Matthew, his eldest, donned his sunniest smile and cheerfully addressed him saying, "Are you feeling happier now, dear father?"

"Yes, how goes it with you, dear husband?" sighed Christiana, trying her best to squeeze a touch of optimism into her fatigued voice.

"Yes! Worse and yet more worse!" he continued.

"Oh, dear!" she cried with more impatience than concern. "What more can we do for you, poor man?"

To this he answered, desperately, "We must set ourselves to study and pray that we may know how to escape this city of Destruction."

"Escape!" she exploded, "My dear husband! There is nothing to escape from! Now come to your senses before the magistrates declare you to be a lunatic and cage you up forever!"

"No! No!" He cried. "I am in my right mind. There is danger--and we must escape forthwith. But how? Only how?"

"Husband!" snapped Christiana, her pot of anger beginning to boil over, "come to yourself this instant!"

Now, thoroughly convinced that their husband and father was indeed going quite mad, they sought to drive his affliction away by treating him with the utmost hardness and disrespect. Sometimes they would scold him, sometimes mock and mimic him. At other times they would totally ignore him. But, as you well know, this is no way to treat a soul in distress. Not only did it fail to help him, it actually added to his burden because now he began to fear all the more for his family's salvation.

This added burden of worry drove him more often than ever to his chamber where he would pray for their souls as well as his own. At other times he would walk all alone in the fields, sometimes reading from his book, and sometimes praying. And thus for many a day did he spend his time.

Now, as my dream unfolded, I saw him once again walking in the fields. He was, as before, reading in his little book, and still groaning under his heavy burden, which, by now, was even larger than before. At last he burst out as he had done earlier, crying: "Oh wretched man that I am! What shall I do to be saved?" And, as before, so now again, there was no reply.

I saw also that he cast hungry eyes this way to the left, and that way to the right, seeking some place to flee for his escape. Yet he continued to stand, trembling, out in the midst of the field, because, as I perceived, he could not tell which way to go. Then, from the right, I saw a man named Evangelist approaching, who addressed him thus, "Good day, Christian."

"Good day," moaned the man woefully. "But, pray tell, sir, why did you address me as Christian?"

"Because if you continue to read from that little book in your hand, a Christian is what you must surely become," said Evangelist with joyful assurance.

"Hmm. Even though my name is now ‘Graceless’?" asked the man doubtfully.

"Aye," said Evangelist earnestly. "Though your name should be called death itself, yet would the reading of that Word give you life!"

At this, a look of great puzzlement came over Christian's face, and he asked sincerely, "How can these things be?"